Racist comments made by Paul Turner.

Like his other racist posts, here and here… Paul Turner is a racist and does not seem to have an issue expressing this on the internet.

On the 30th March 2010, Paul Turner who goes by the alias “Pablo Escobar” on Black Hat  Forum, posted this sick comment tarnishing all Nigerians as killers, spreading of AIDS and “eating each other”??? then goes on to say we should ‘Bomb the fuck out of Nigeria”

Unsurprisingly Skelmersdale Police who appear to be protecting Paul Turner, have been informed and have decided that his “actions are acceptable” in that they have not charged him. even after confirm the actions are in face racist. 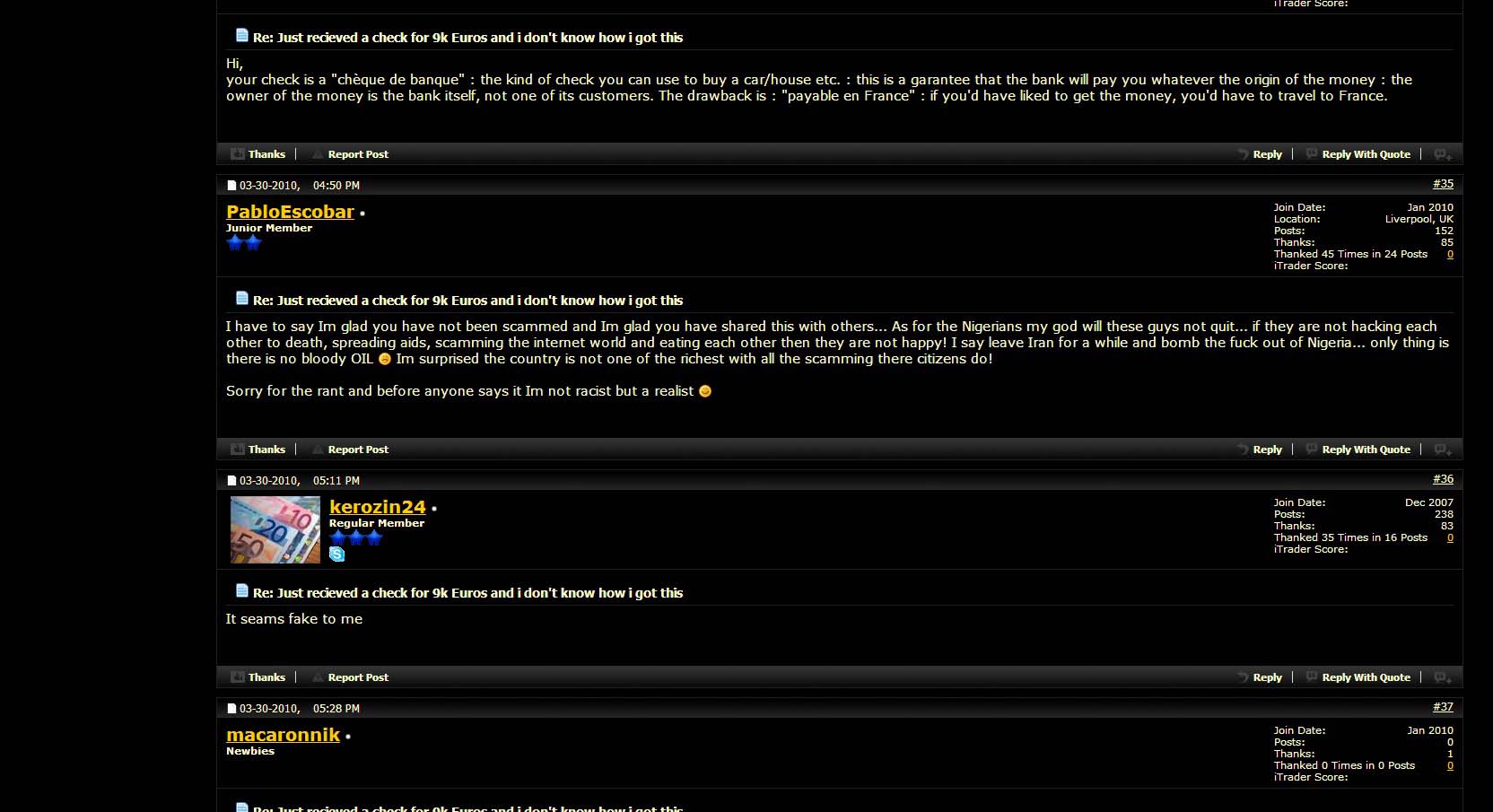